A Brazilian fashion designer by the name, Silivia Ulson  recently debuted her new swimwear line during The Miami Fashion Week on July 12, however her designs looked all too familiar to a  designer’s past collection, Not only were the prints almost identical, but the cuts also appeared to be the same. 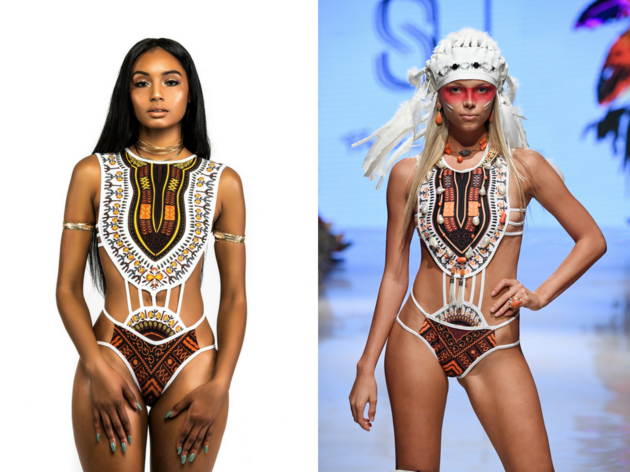 A representative for Bfyne told HuffPost in a statement that Ulson’s latest collection bore a striking resemblance to its own 2017 “Sahara” collection, which was inspired by the brand’s Nigerian culture. 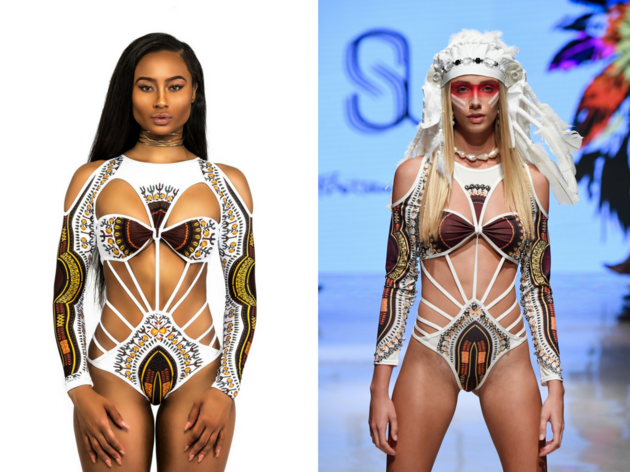 Bfyne’s rep said they found out about Ulson’s collection via Instagram, and were also alerted to it by models who previously worked for them. 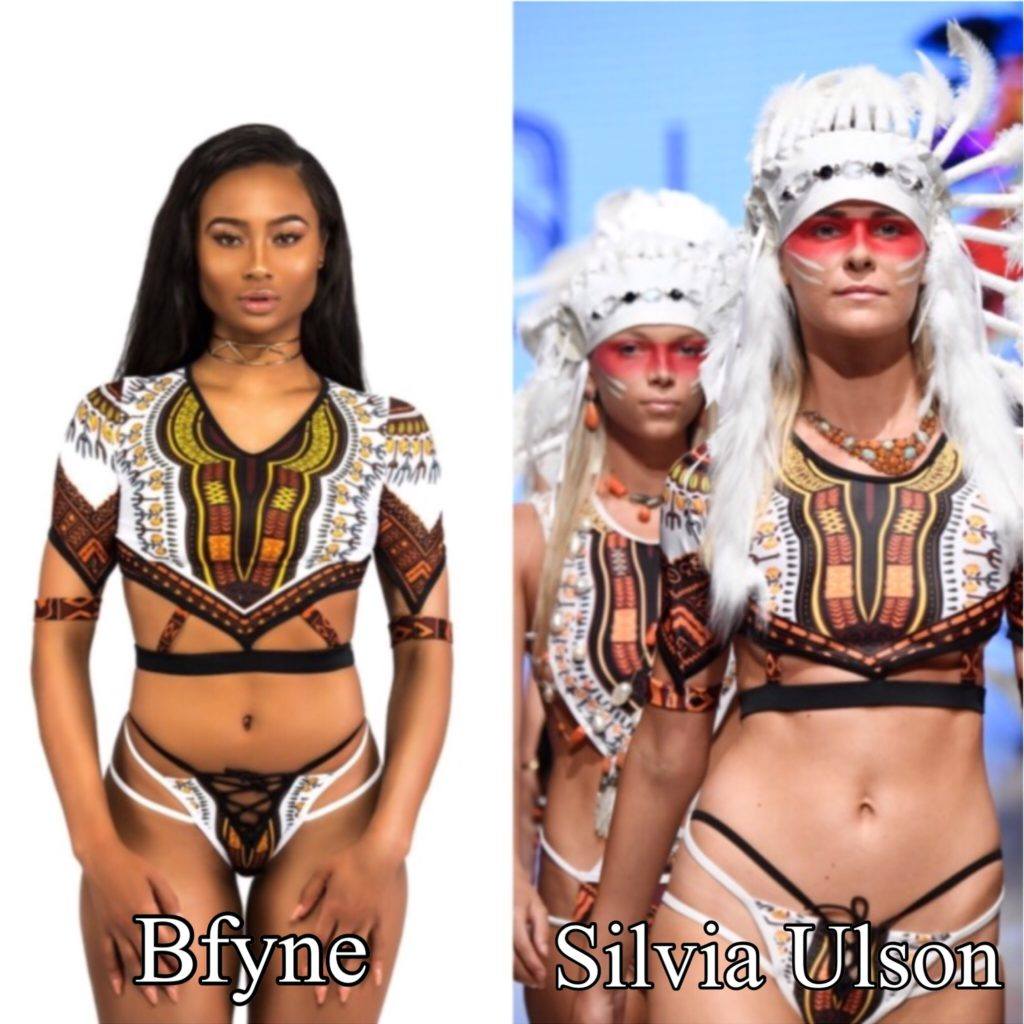 In an interview with fashionweekonline.com, Silvia Ulson responds to the plagarism accusation, she stated; 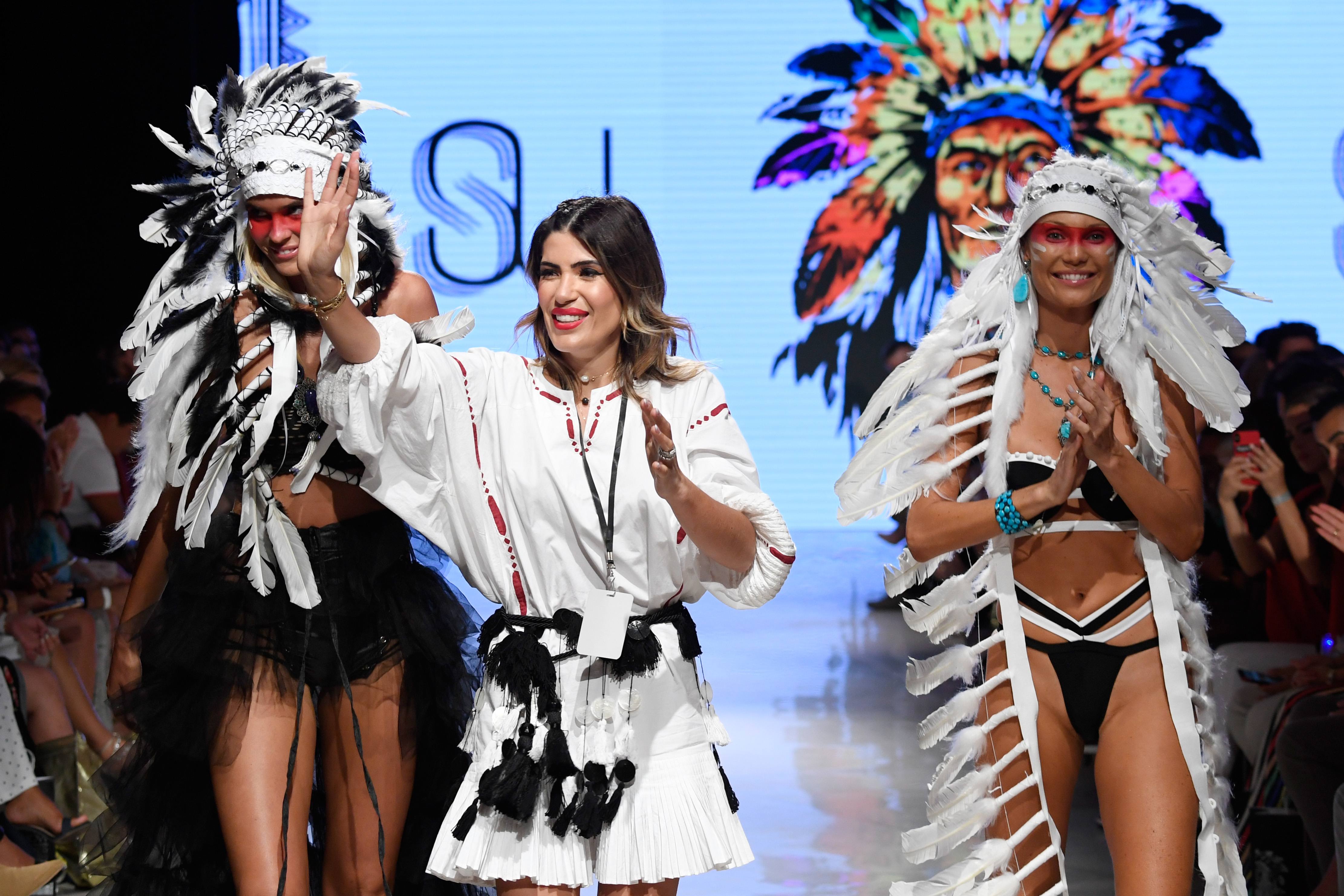 “Our show was on Thursday, and Saturday I received an Instagram message from @cyber.gypsies saying he was a French buyer who was interested in placing an order for the swimwear at the show.

“I explained to him that my annual swimwear presentation is for fun only, usually around the theme of Brazilian pride and culture. I’ve done these shows since 2005, just as a way to bring attention to my other clothing — since I don’t sell swimwear — and Brazilian culture.

“This year my inspiration was Native American Brazilian, so I went to a tribe and spent two days there. That’s what we used for the headdresses!”

“So upon returning from there, I made the black-and-white bikinis that were also shown, and thought it would be interesting to have some bikinis with prints mixing the indigenous paintings that they paint on their body. For the Brazilian Indians, each painting has a meaning. 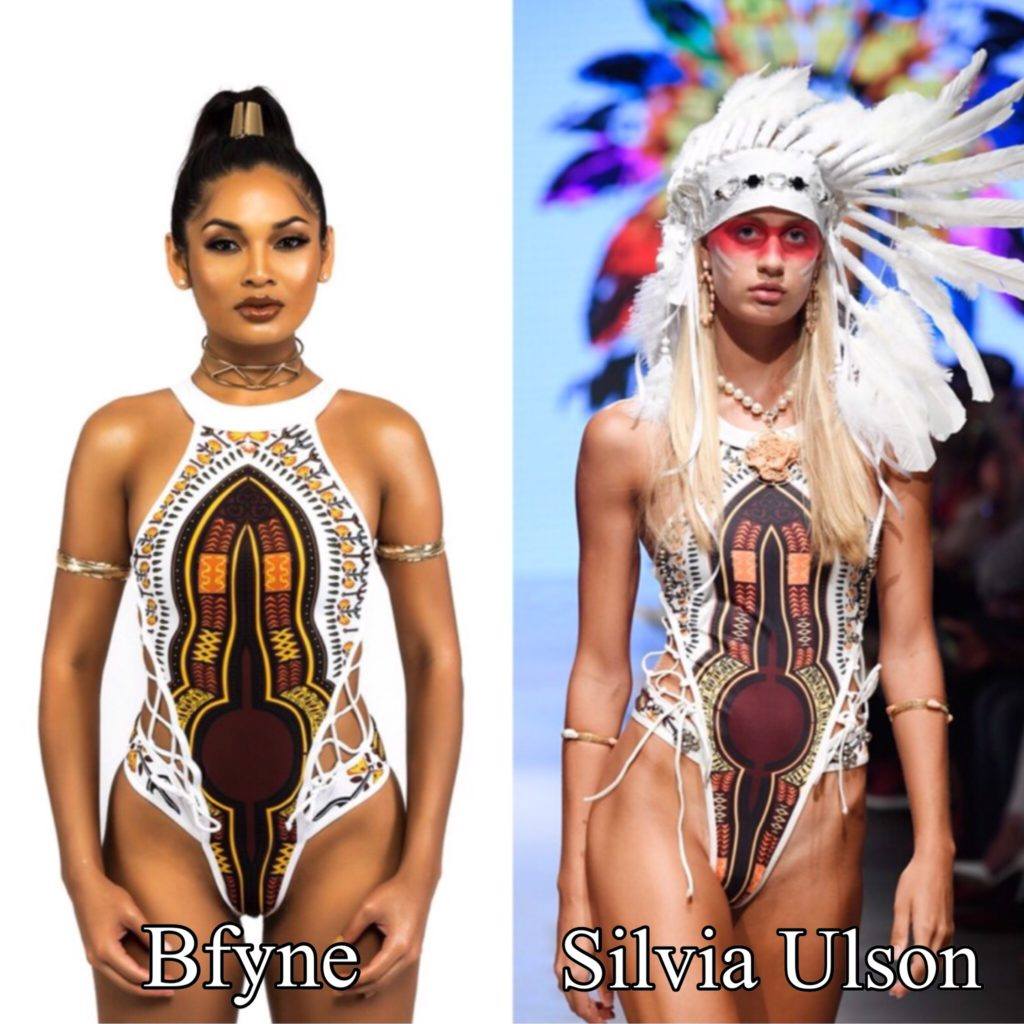 “So I looked for a person here in Brazil who creates in this medium. I spoke with this person called Fernando: he came personally to my store and told me that some days he would come back with some samples. I thanked him and I was waiting for this gentleman to come back.

“After a few days he brought me the samples. At first I did not like them, but he told me they were great, and that it would be very important to have these prints so that everything was not black and white. 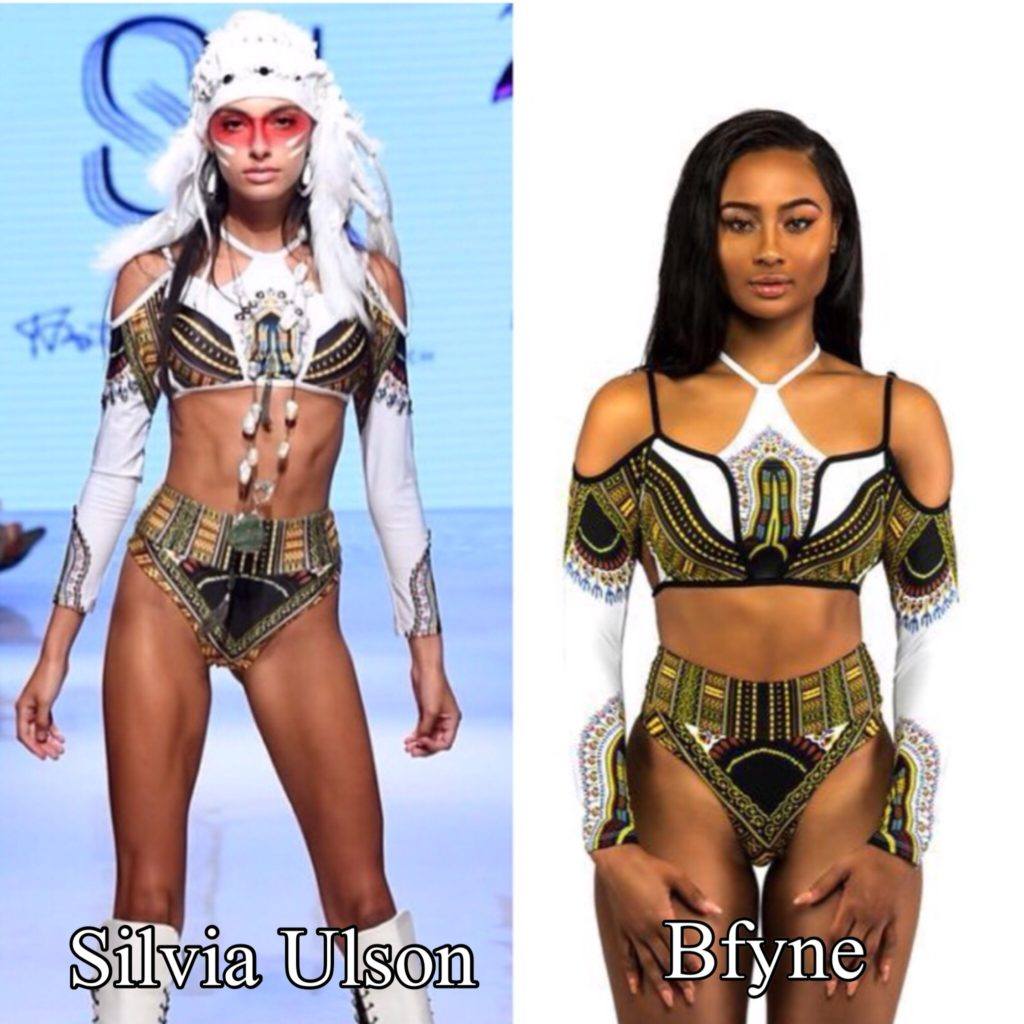 “I paid for his creation and for producing each sample. I was grateful and added those bikinis he made for me in the collection I showed at the show in Miami.
“I never imagined that this would be a copy. I did the show on Thursday night. It was a success, and I started and closed the show with my white and black pieces.
“On Saturday morning I received this message on the Instagram and politely asked him to write me through my personal WhatsApp explaining that I do not market bikinis at the moment but rather clothes and pieces tailored to my clients.

“He said he was from France and wanted to find me quickly! I told him I had no way to fill an order, and he insisted. I gave my home address. He came to my house, and I treated him very well and politely. My 9-year-old son was by my side. He opened his computer and told me that the designs were not from Native Americans but from him, that it took him 3 years to build his business.

“I was scared and did not understand anything. I asked him to repeat it again. While he put his website on the computer … I asked him if he had already done any work in Brazil, because I was trying to make the connection to the person who had sold me the one-off garments.

“He told me me yes, that for two years he had his bikinis made in Brazil. So I asked him if we worked with a man named Fernando? He told me that he dealt with a woman and that she worked with a man.
“I was shocked I called my lawyer in front of him, and my lawyer asked him to pass all information from him and the company. The man said he did not have it and that as soon as he arrived at his hotel he would give it to me. But he never gave me anything.
“At no time did anyone from Bfyne, or anyone giving their full name, contact me.
“I explained that I had never seen this print in my life and that I would never need to go to an event there in Miami copying a brand that already EXISTS! The man said it made sense, and to please have my lawyer contact him as soon as I arrived in Brazil.
“I sent by WhatsApp all my drawings and pictures of the tribe I visited. And he began to threaten me by telling me to me erase the photos from Instagram.
“I immediately deleted those that he said were his.
“I started looking in Google for the name of the pattern, dashiki, and I found many sites that claimed to be the designers of these bikinis, and who were selling them!”

This entire situation is just a reminder that plagiarism still exist in the fashion industry. It is necessary for designers to keep a record while creating a design/collection.